There’s only one baseball team in the nation that represents not only a city, or a state, but an entire region. That team, by name, is the Boston Red Sox.

Indeed, fans in the greater New England area aren’t in want of sensational sports teams – after all, they have the Boston Bruins, the Boston Celtics, and of course the New England Patriots, all of which have won numerous championships.

And lucky for you, New Hampshire sports betting fans can hit the DraftKings app to get in on the action for any of these teams.

In 1901, when the National League for Professional Baseball became the American League, the Red Sox began business as Boston’s entry team into the new league.

The team immediately became a huge hit, winning two world series back-to-back in 1903 and 1904. Less than a decade later, they won four more titles between 1912 and 1918.

Fast forward more than a century and the Red Sox are still Boston’s flagship sports team having played over 8,000 fixtures in their emblematic stadium, Fenway Park.

The major chink in their armor though is the fact that they didn’t win a single World Series between 1919 and 2003.

While they came close to reversing the 87–year curse a couple of times, the BoSox still somehow managed to break their fans’ hearts by losing on several occasions to their archrivals, the Yankees. Nevertheless, these low-yielding years did little to diminish the team’s popularity.

Since entering a new millennium, the Red Sox have been the most successful MLB franchise, winning four championships in ’04, ’07, ’13, and ’18.

With a heritage steeped in so many fond memories, picking the choicest ones is no easy task. So, we’ve come up with what we think are the most iconic moments in Red Sox history, including David Ortiz’s galvanizing speech after the Boston Marathon bombing in 2013.

It was supposed to be Fenway Park’s grand opening, but the stadium’s inauguration took place with little fanfare. That’s because the public’s attention was still fixated on the tragic event that occurred only days before.

The Red Sox initiated their baseball legacy in a brand new stadium by defeating the New Highlanders (later the Yankees) 7-6. The victory, however, never even made the Boston frontpages – they were still dominated by the sinking of the RMS Titanic five days prior.

Although public interest was diverted, this did little to dishearten the team that went on to win the 1912 World Series. 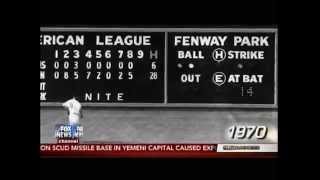 In many ways, 2004 was the year that the Red Socks overcame their woes. It all began that magical night – game 4 of the ALCS – when coach Terry Francona called upon pinch-hitter Dave Roberts to steal second base.

Mariano Rivera, one of the best closers in the League’s history, tried to pick off Roberts three times already. Yet on the first pitch, Roberts slides safely, barely, into second base with Derek Jeter of the Yankees applying a late tag.

The very fact that Roberts managed to pull off the steal even though everyone, including the players, the announcers, and the fans, knew he was going to do it- underscored just how clutch that moment was.

While stretching at first base, Roberts recalled a conversation he had with ex-Dodgers coach Maury Wills.

“He told me that sometime in your career when you are in a park and everyone knows you’re going to be stealing, it will be a big game, and the game or series will hinge on you making it,” Roberts said.

And sure enough, that steal turned out to be the start of the ultimate comeback in postseason MLB history. It was shortly after this steal that they broke the spell. 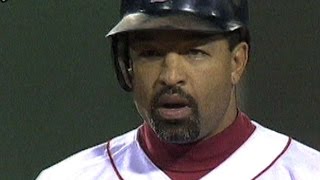 The 2004 Red Sox stood out from previous teams. This was Terry Francona’s first season as manager and the BroSox were looking to redeem themselves after the 2003 season, in which they lost to the Yankees in the ALCS.

They hungered for revenge.

Down 3-0, once again to the Yankees, the Red Sox orchestrated arguably the greatest comeback in the history of the game. With their confidence riding high, the Red Sox swept the St. Louis Cardinals 4–0 to win the World Series for the first time in 87 years.

The stars of that series included MVP Manny Ramirez who batted .412 during the World Series. Pedro Martinez was another standout player, pitching seven innings and only giving up three hits and recording six strikeouts. 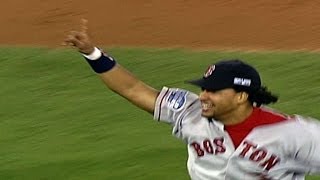 Boston’s 2007 season paled in comparison to the other winning season. In 2004 they successfully removed the curse, in 2013 helped comfort a wounded Boston, and in 2018 they assembled the most prolific Red Sox team of all time.

So, the one striking moment that’s seared into the minds of Red Sox fans is Manny’s walk–off in game two of the ALDS, followed by arms raised triumphantly to the heavens as he admired his work.

Manny Ramirez kept biting on granite each time he came up against the Dodger’s Francisco Rodriguez. But when he stepped to the plate in the bottom of the ninth, Manny had a plan.

Rodriguez tried to sneak one in on the inside- instead, he set up Ramirez for a rocket into the Boston night. 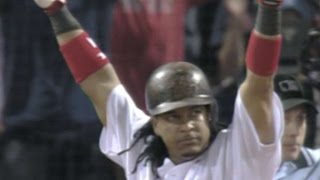 Universal laws prohibit obscene, indecent, and profane content from being broadcast on television or radio. But once in a while, the rules are bent for certain individuals such as high-profile celebrities; the recent Oscars incident is a good case in point. At other times, the occasion simply merits it, as illustrated by Dave Ortiz.

Just like so many others in this country, Ortiz was angry about the senseless terror attack on his city. He felt compelled to do something. Five days after the attack, the Red Sox returned to a packed Fenway where ‘Big Papi’ took to the podium and gave an extemporaneous speech.

His words consoled a grieving city and also sent a stern message to those intent on harming America: “We will not let anyone dictate our freedom.” 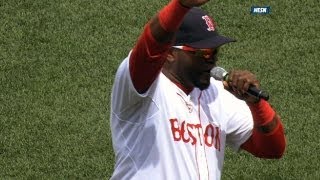 View all posts by Rashid Mohamed